Any shoe enthusiast in today’s age fully understands the importance of high heels in her wardrobe.  They not only add grace to your stature but also help you make a bold statement.  Who doesn’t like to stand out in the crowd?  And the right high heels can help you do just that!

But were high heels always so powerful?  Have you ever wondered about the origins of this empowering accessory?  After all, it’s a $40 billion industry, which came from quite humble beginnings.

So, let’s take a walk down history lane and learn a little bit about the past of your favorite accessory, high heel shoes.

In the earliest stages of high heel introduction, they were only worn by rich men, as a sign of their high status in the society.  The price and extravagant appearance of the high heels made it a trademark of the members of high society. Men wore broad heels, while the skinner versions were preferred by women.  The colorful past of high heels sure sounds exciting! 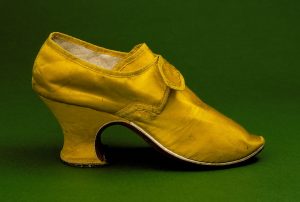 Although the 20th Century wasn’t remarkable in terms of peace, it played a significant role in the popularity of high heels.  With two wars ravaging the world, rationing was the only solution.  This put a hold on the more extravagant high heels (silk and leather), and manufacturers moved on to wood and cork.  Ironically, the wars presented an opportunity for an increase in international relations and thus began the modernization of heels. When different cultures and fashions intertwined, high heels gained popularity.  The practical models of those times worked best for professional women and World War II took the things a step further.

With troops deployed around the world, pin up girl posters quickly gained popularity.  All the girls were pictured wearing heels and pretty soon feminine sexuality became associated with high heels.  It wasn’t until the 50s that stilettos were invented and needless to say, women fell in love with them at the first glance. 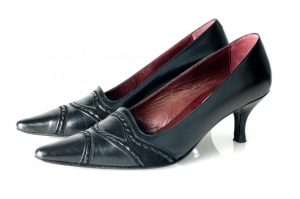 The whole definition of a modern woman circles around her choice of footwear. There’s no doubt that the 21st Century has seen great advancements in the fashion industry and that includes footwear too.  The cultural perception regarding heels has changed and only a fraction of men prefer to wear heels nowadays.

High heels may have changed over the years, from their style to the materials used but one thing remains the same. Their ability to grab attention. They have the power to bedazzle everyone and if worn with the right attire, they also help to make the best impression. From stacked heels for a more professional look to bar style for a dazzling show, heels come in all shapes and sizes.